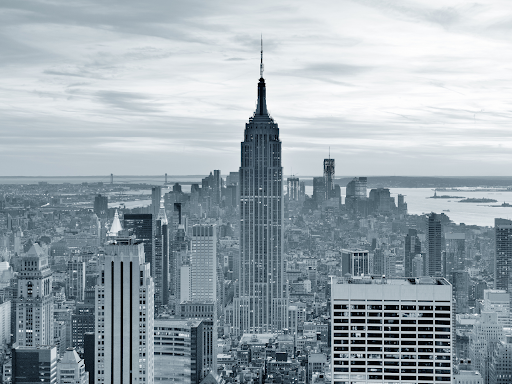 The issue of cleaning windows of the world’s tallest structures emerged as soon as they were unveiled in New York City. Window cleaning in your own apartment is one thing, but doing so in a 50- or 100-story structure with thousands of them is quite another. And they need to be cleaned more frequently than we used to.

Eight employees worked full-time in a specialized division at the Empire State Building, a world-famous skyscraper in New York. The highest skyscraper in the world at the time had 6514 windows that needed to be cleaned by each of them. According to the management company’s guidelines, each window had to be washed inside and out at least twice a week. While certain windows were more soiled during this period, all of the required cleaning. It also couldn’t let dirty spots and smudges get in the way of the beautiful view from the huge office building, which was one of the company’s main advantages.

The washers were divided into two groups, each of which was responsible for 25 floors. It was only after the first two workers finished their front-of-the-line duties that they were granted access to wash the skyscraper’s highest levels and some me-time on the observation decks. Workers needed to work in pairs so that they could look out for one another and help each other out in an emergency. It was forbidden to work in heavy winds, rain, or snow because of the heightened hazard, even though the employees themselves thought the rain was the best time for washing because everything was simpler to wipe off and it was not required to bring a lot of water with them. In the locker room, the workers had a fantastic time playing card games in anticipation of a good day of weather.

The window was cleaned as follows: As soon as you get inside, you’ll be the first. I believe everyone has at least once done so, and so the situation is straightforward here. The difficulties grew worse. He opened the lower sash of the window, climbed out, tied a strong leather strap onto the particular hook on an outside frame, closed it, and stood up, resting his feet on a 4 cm-wide window sill. After that, he started washing the outside. Even though the design was crude, it was able to keep a person safe even if one of the belts broke.

The most dangerous were the winter months when temperatures were below zero and an icy wind was blowing. The frames were frequently jammed, and the exterior window sills and windows were covered in an inch or more of ice and snow. When a worker outside was unable to open a window for some reason, a friend within the building stepped in to help him open it. If no one could be found to assist the unfortunate individual trapped at a great height, his only option was to break the glass with his foot.

An elastic-banded brass scraper on his belt and a rag in his pocket, as well as a chamois leather neck strap and a washcloth in a bucket, were all he needed to survive. The bucket was kept inside in the event that it landed on someone’s head. Brushes couldn’t also be used for the same reason. Soapy water was used just for washing. No ammonia or miracle cleansers that have become so popular in recent years. One window required four minutes of cleaning. Then, return to the room and repeat the process from the beginning. Every day, with the exception of poor weather, this goes on from dawn till dusk.

Richard Hart, the head of the Empire State Building’s cleaning crew, spoke of a 65-year-old employee who had worked on windows his entire life and had finally decided to retire. A day later, he wanted to return, claiming that he missed the dizzying heights and spectacular views that he was accustomed to. Hart claims that after a few years of working at heights, you’ll be unable to do any work on the earth ever again. Working as a washerman was regarded as prestigious and well-paid.

With the introduction of fully glazed facades in the 1950s, the washing technology altered and the leather belt with hooks was replaced with hanging cradles and automated scaffolding. Hooks on frames can only be seen in select pre-war homes, where they have survived and are occasionally still used today.

All of the windows in the Empire State Building were replaced during the renovation. You don’t have to risk your life to clean these windows, which fold inward.

The only drawback is that it takes a lot of time. Trying to deal with them in four minutes is clearly not going to work. The Empire State Building’s windows are now only being monitored by four personnel. It takes them around two months to clean all of the windows in the building, following which they begin the process again.

You may learn more about window cleaning services we provide by contacting us.